Chances are you have never heard of Maillardville, a small but vibrant community in the city of Coquitlam near Vancouver, BC. Maillardville celebrated its 100th birthday in 2009 and is well-known to the locals for being the largest francophone community in the Vancouver area. It is also known to folk music lovers for hosting Le Festival du Bois, the largest celebration of francophone, Quebecois music, dance, craft, food, heritage and culture in British Columbia,

The family-friendly festival spans over two days (March 3-4) and offers an incredible array of artists and activities. Have you ever tasted the famous Poutine, a culinary delicacy of Quebec composed of French fries, gravy and cheese? How about trying some maple taffy (tire d’érable or sugar on snow) made of boiling maple sap poured on clean white snow? You can find them all at the Festival du Bois while strolling through Mackin Park and discovering the history of Maillardville.

END_OF_DOCUMENT_TOKEN_TO_BE_REPLACED

Posted by Caroline Planque on February 28, 2012 in Music

Dance Your Brass Off!

Who doesn’t love a brass band? The horns, the drums, the crash of the cymbals. In most parts of the world brass bands are THE preferred party music for weddings, festivals, baptisms, and pretty much anything you’d want to throw a party for.

If you’re a fan of brass bands, you know that Balkan brass bands provide some of the best dance music out there. Balkan brass evolved out of the military bands of the Ottoman empire, formed during the First Serbian Uprising in the early part of the 19th century. Brass instruments were used as a way to gather soldiers for battle and when the war ended, the soldiers went home, the music entered everyday life and became the preferred soundtrack for celebrations. There has been a recent resurgence of interest in Balkan brass bands and you can hear elements of the music in modern-day indie rock bands like Beirut and world-dance bands like Balkan Beat Box.

END_OF_DOCUMENT_TOKEN_TO_BE_REPLACED 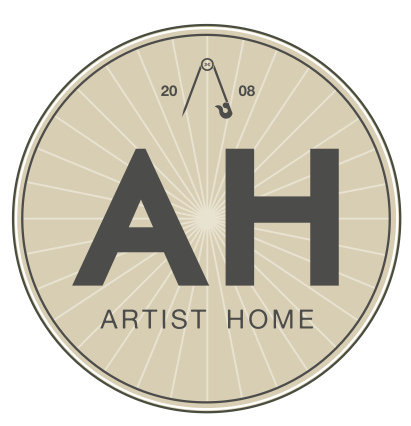 Kevin Sur is the co-founder of Artist Home, a Seattle-based booking agency that’s been making waves in the Northwest music scene with their unique approach to event production. He is also the talent buyer for the Columbia City Theater , a beautiful and historic 300-capacity venue in South Seattle. Since Artist Home took over the venue in 2010, they have transformed the once-struggling venue into what SPIN magazine calls “The city’s finest sounding room” and one that artists now clamor to perform in, despite its out-of-the-way location. Since Kevin’s been at the theater, many bands have experienced their first sold out shows, including The Head and the Heart, who are now making waves nationally after signing to legendary local label Sub Pop and appearing on Conan.

Kevin got his start in the Bay Area DIY punk scene, booking shows with bands he dug. He brought that approach to booking with him to Seattle and to Artist Home, which was established in 2008. Artist Home strives to create unique events that stand out from the norm. Whether it be focusing on niche genres, creating family-friendly events featuring music everyone can enjoy, or producing unique music festivals, Artist Home are a booking agency that thinks outside of the box. They’re also clearly passionate about their events and the bands they book; that passion shines through in everything that they do. END_OF_DOCUMENT_TOKEN_TO_BE_REPLACED

Wednesday night at The Frequency in Madison, Wisconsin, three great acts Jason Charles Miller, Scattered Hamlet and Madison’s own Bradley Fish are coming together to put on a good ol’ fashioned rock show. I highly recommend that all fans of true down-home rock n’ roll check out this incredible triple bill. Advanced tickets are available here.

END_OF_DOCUMENT_TOKEN_TO_BE_REPLACED

Music Doer Bill presents a new feature to the blog, “New To Me” where he highlights great music that he discovers in his travels as Brown Paper Ticket’s Music Doer. This week he highlights Pianorquestra from Brazil.

I was contacted by the management for the group Pianorquestra a couple weeks ago. They were looking for help in getting more performances outside of Brazil. Before the meeting, I took a look at the links and videos and was, frankly, blown away. These guys are wonderful. I have heard of “Prepared Piano” before (where a piano has its sound altered by placing objects on the strings, hammers or dampers) but I have never seen it like this.

I am very excited to work with these guys and bring them to the U.S. next year. Keep an eye out for them. They are definitely worth the price of admission.

Posted by billygeo on February 9, 2012 in Doers, Music, Music

Feel the Love This Friday!

Northwest Lovefest began in the same Seattle neighborhood as the Brown Paper Tickets flagship office. It’s a community-based music and arts festival that began in 2010. What originally started as a celebration of the artistic talent residing in this eclectic neighborhood has now expanded its vision and scope to include like-minded talent from throughout the Northwest.

The goal of LoveFest is to provide an affordable alternative to the high-priced, fenced-in music festivals that have become the norm. They have lowered advanced ticket prices this year and with the help of TerraPass, will be neutralizing the carbon waste from their generators. They also donate a portion of each ticket sale to offset 50 miles of carbon per person. Last year they offset 9.3 metric tons of carbon waste from the festival. Through these environmental efforts and by lowering the admission price, LoveFest gets closer to their goal of being all about ‘love for the environment and love for one another.’

This year’s festival will take place on Saturday, June 30 and Sunday, July 1 in Magnuson Park. Preview shows will take place in the months leading up to the festival. These shows will give folks a taste of the incredible musical talent that will be hitting LoveFest stages this summer. The kickoff show will take place at Nectar Lounge, this Friday, February 10 and will feature live performances from Cody Beebe and the Crooks, Perry Acker and Redwood Son. You can pick up advanced tickets right over here.

Get out to Nectar and support Northwest LoveFest, a true community, music and arts festival – powered by love!

Today, on what would have been his 67th birthday, we pay tribute to the great Bob Marley. Marley, sadly passed away in 1981 at the much-too-young age of thirty-six, but he still manages to have an impact and cultural presence today, thirty-one years after his death.

Marley’s ever-present message of unity and perseverance in the face of oppression has inspired indigenous communities worldwide. The Australian Aboriginals burn a flame in his honor in Sydney’s Victoria Park, Native American tribes revere his work and tributes to Marley take place all over the world from South America to India. There’s even a statue of Marley in Banatski Sokolac, Serbia! The United Nations recognized Marley’s inspirational message for the downtrodden and awarded him the Peace Medal of the Third World in 1978. For a musician to receive this honor demonstrates that there was more to Marley than a great voice and a captivating stage presence.

“Marley wasn’t singing about how peace could come easily to the World but rather how hell on Earth comes too easily to too many. His songs were his memories; he had lived with the wretched, he had seen the downpressers and those whom they pressed down.” – Mikal Gilmore, Rolling Stone

END_OF_DOCUMENT_TOKEN_TO_BE_REPLACED

Posted by Jimmy Berg on February 6, 2012 in Music, Seasonal